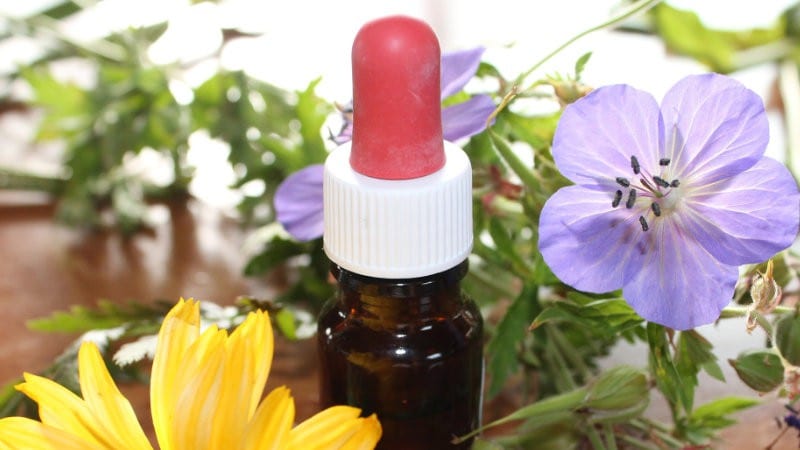 We have been discussing homeopathy and researching the literature with a well-known and respected Finnish homeopath, Jouni Jämsä (http://www.jounijamsa.fi/ ). We have talked about homeopathy in general, looked at studies of diluted homeopathic preparations and talked about how plants as well as individual cells respond to homeopathy. In addition, we have investigated in quite a detail homeopathy for cancer patients [1, 2, 3, 4]. In this fifth part of the review, we investigate the effects of homeopathic preparations on animals.

Homeopathy has been examined in animals

“Jouni, we have received good feedback on our previous reviews of homeopathy. Could we discuss animals now? Do animals respond to homeopathy? ”

Yes, they do and there are many such investigations. In general, it seems that homeopathy is having a pretty good effect on eg. animals in food production. The use of homeopathic preparations can reduce the amount of drugs used in animal production. The drugs stay in the food chain and also affect people or increase the environmental impact of animal production. Should we look at some animal studies together where homeopathy plays a key role?

Trichinella spiralis, a nematode that causes trichinosis in humans, domestic and production animals as well as wild animals lies and lurks in the digestive tract. Controlling the muscle phase of this parasite is complicated. However, the number of larvae in Trichinella decreased in an experiment with infected mice receiving homeopathic preparations.

The studies were conducted at the Department of Zoology in Visva-Bharati University, India. The purpose of this study was to determine if potent homeopathic drugs such as Cina 30, Santoninum 30 and Podophyllum’s stock solution can affect the muscle phase of the Trichinella parasite. Another goal was to see if trichinosis could be treated with these three homeopathic medicines.

Each mouse was infected with Trichinella larvae. Treatment was started on day 7 after infection and continued for 120 days. At the end of the treatment mice were sacrificed and the larvae extracted from the muscles. The water content of the muscles was measured.

Podophyllum Theta, Cina 30 and Santoninum 30 reduced the larval population of Trichinella in the mice by 68.14%, 84.10% and 81.20% respectively compared to the untreated control group.

Potential ethanol alone (one control group) did not achieve a significant decrease in the larval population. The potentiated drugs were more effective than the stock solution alone.

The potentiated homeopathic drugs significantly reduced the water content of the muscle tissue, possibly affecting the larvae in this way. Some of the homeopathic preparations used in the experiment were diluted over the Avogadro’s number [5].

A serious disease of the internal organs, visceral leishmaniasis is a serious public health problem in India, Sudan and the Horn of Africa as well as Brazil. Several studies have shown that homeopathic medicines increase the resistance to this disease caused by Leishmania. A Brazilian research team has tried biotherapy for leishmaniasis according to a homeopathic, pharmaceutical procedure and they found the method to be effective.

In a double-blind, controlled experiment, special 8-12 week old BALB / c mice were used, which are usually used as experimental animals in studies of the immune system. Mice were infected with Leishmania infantum flagellates. Some mice were given a very diluted dose of potentiated Leishmania infantum (BioLi30 ×) or 30x potentiated water. The researchers relied on the instructions in the Brazilian pharmacopoeia. In addition, taking into account previous findings, the efficacy of Antimonium crudum 30x was assessed in the experiment and compared with the drug Glucantime® (allopathic control).

49 days after the infection, the mice were killed and examined carefully. Two independent veterinarians made examinations of the histological changes in the spleen. Severe dysfunction was seen in the spleen of the untreated group and in those receiving Glucantime. Homeopathic medicines (BioLi30 × and Antimonium crudum 30x) instead protected the spleen.

The researchers concluded that homeopathic drugs kept the cytokines better under control and that biotherapy could alter the immune system of mice infected with Leishmania. The homeopathic preparations used in the experiment were diluted over the Avogadro’s number.

A preventive, blinded, randomized and placebo-controlled Australian study tested whether the toxic effect of a chemical can be prevented by administering a homeopathic preparation prepared as an isomer in the form of the chemical structure called enantiomer. This study is based on the hypothesis that the toxic effects of the optical isomer can be prevented or abrogated by administering to the subject (in this case a mouse) a stereoisomer of the toxin, and in particular an enantiomer produced by potentiation. Read more about enantiomers in eg. Wikipedia [7].

The study found that 67% of mice in the homeopathy group survived, compared to only 47% of the mice treated with placebo. It was concluded that the specific hydrochloride preparation caused a toxic effect when injected into the abdominal cavity of mice. The toxic effect of the injection could be prevented by administering an enhanced homeopathic preparation of its enantiomer [8].

”The Trichinosis study was very interesting. Here is a good general method for veterinarians. For example, has salmonella been treated homeopathically? Do you remember anything like this, Jouni?”

As far as I can remember, there is at least one preliminary comparative study of the efficacy of Baptisia tinctoria 30c homeopathic remedy for salmonellosis. It was a Mexican study comparing a homeopathic drug and an antibiotic (ciprofloxacin) to salmonellosis in chickens. A total of 800 chickens were tested (the chicken belonged to either the first or second quality class). Two treatments were given and repeated four times in each group. The treatment was started when the chickens were eight days old. Baptisia tinctoria or ciprofloxacin was administered to chickens in drinking water for 10 days. The diagnostic test for salmonellosis was performed at 0, 8 and 49 days of age and mortality was calculated at the end of treatment.

Mortality rates were 0.7125 and 2.037 in the Baptisia tinctoria groups (first / second class). In the ciprofloxacin group, the corresponding numbers were 0.7245 and 2.1848. Thus, the treatment was as effective with the homeopathic preparation as with those receiving the antibiotic [9].

There are many more homeopathic studies with production animals. An Indian study reported that homeopathic and allopathic drugs had equally good effects on broiler chicken’s growth and food intake [10]. This prompted the question of whether homeopathy could replace part of the supply of drugs.

A very common disease in production animals that keep veterinarians very much occupied is mastitis (udder inflammation). A study of mastitis in cows was performed on a Mexican dairy farm. In this comparative study 26 cows on the farm were divided into two groups of 13 animals.

One group received homeopathic treatment and the other ere treated with placebo. The monthly milk production was carefully recorded for each animal as well as samples were taken from all udders.

According to the mastitis test (CMT), inflammation was 32% in the homeopathically treated group and 68% in the control group. On average, animals treated with placebo had 4.5x (range 1.78-11.73) more subclinical mastitis than those treated with homeopathy (p <0.05). The average milk production in the groups did not differ significantly.

This study confirms previous findings on the benefits of a homeopathic treatment in controlling diseases in production animals [11].

Mastitis is the most common inflammatory disease in dairy cows, which readily recur and is usually treated with antibiotics. An alternative in the form of homeopathic preparations offer an opportunity to prevent mastitis and it reduces the need for the use of antibiotics, as well as decreases the harmful entry into the food chain. Homeopathy would also reduce the incidence of antibiotic-induced side effects in cattle. Read more about this topic [12, 13].

The use of antibiotics in production animals was also one of the problems in a study that tested homeopathy in a randomized and placebo-controlled experiment for newborn piglets. The aim was to prevent Escherichia coli diarrhea by treating the sows with either the homeopathic substance Coli 30K or placebo. A total of 525 piglets born were evaluated for the incidence and duration of diarrhea.

The piglets in the homeopathic group had significantly less E. coli diarrhea than pigs in the placebo group (P <0.0001). The diarrhea appeared to be less severe in the homeopathically treated litters, it did not spread so easily and the outbreak lasted for a shorter time [15]. The homeopathic preparations used in the experiment were diluted over the Avogadro’s number.

Veterinarians are pleased with homeopathy

In his book Dr. Steven Kayne lists veterinarians’ most widely used homeopathic preparations and their uses [16].

– Arnica (for pain relief, preparation before and after surgery, injury treatment)

The mortality caused by vibrosis in seafood production is due to pathogenic bacteria, especially Vibrio alginolyticus. The use of more effective antibiotics has led to bacterial resistance and increased morbidity. The purpose of the South American study was to investigate the use of homeopathy to improve the growth of juvenile Argopecten ventricosus molluscs.

Young molluscs grew significantly in size and growth occurred faster after treatment with homeopathic silica compared to controls. Higher protein concentrations were achieved in the homeopathy groups and they exhibited a higher survivability during exposure.

Thus, homeopathic preparations improved the growth and survival of young molluscs after the bacterial attack. This suggests that homeopathy is a useful method of treating pathogenic bacteria and here there is potential for reducing the use of antibiotics in cultured scallops [17]. The homeopathic preparations used in the experiment were diluted over the Avogadro’s number.

Homeopathy is a holistic method of treatment

“Jouni, it is emphasized on many occasions that homeopathy is a holistic treatment method. Can you tell of some fascinating research in this area? ”

You are absolutely right. Homeopathy is a holistic treatment method where microdoses of natural substances from plants, minerals or parts of animals are used. I have come across type 2 diabetes studies in rats. In the Indian study Syzygium jambolanum and Cephalandra Indica were used as homeopathic preparations both as stock solutions and diluted (6c and 30c).

Rats get type 2 diabetes if they consume a lot of fructose and the diabetic situation can be controlled by observing the fat content of the rat muscles. For one month, diabetic rats were treated with homeopathy and then blood glucose was measured during fasting and serum insulin and insulin signaling molecules were measured in the skeletal muscle (Gastrocnemius).

Treatment with homeopathic drugs significantly increased serum insulin and protein manifestation (p <0.05) and significantly lowered fasting blood sugar levels (p <0.05). The anti-diabetic effects of homeopathic preparations are very interesting, because type 2 diabetes is one of the most common Western diseases and the drug costs are very costly to the society. Maybe homeopathy can be an alternative to these drugs [18]?

10 Trehan PK, Singh B, Dhir DS. Effects of some homeopathic and allopathic preparations on the growth and feed efficiency in broilers. Indian J Poultry Sci 20: 61-62, 1985 https://www.researchgate.net/publication/285460430_Effects_of_some_homeopathic_and_allopathic_preparations_on_the_growth_and_feed_efficiency_in_broilers Cancer has been nested into our health conversation as the final roadmap to death. This is not the whole truth. Not all cancers are fatal. In fact, there is currently a perception that cancer is a very individual disease. Every cancer is different and progress 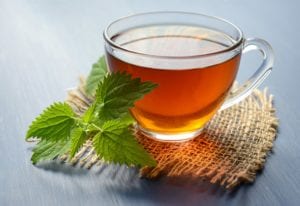 Gerson therapy is a natural, holistic method emphasizing the importance of a nutritious diet for the treatment of cancer. Freshly squeezed fruit and vegetable juices form the core of the treatment. Adhering to the therapy is a strict organic-based vegetarian d 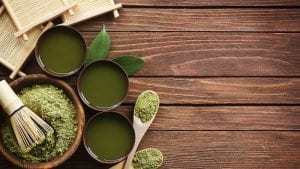