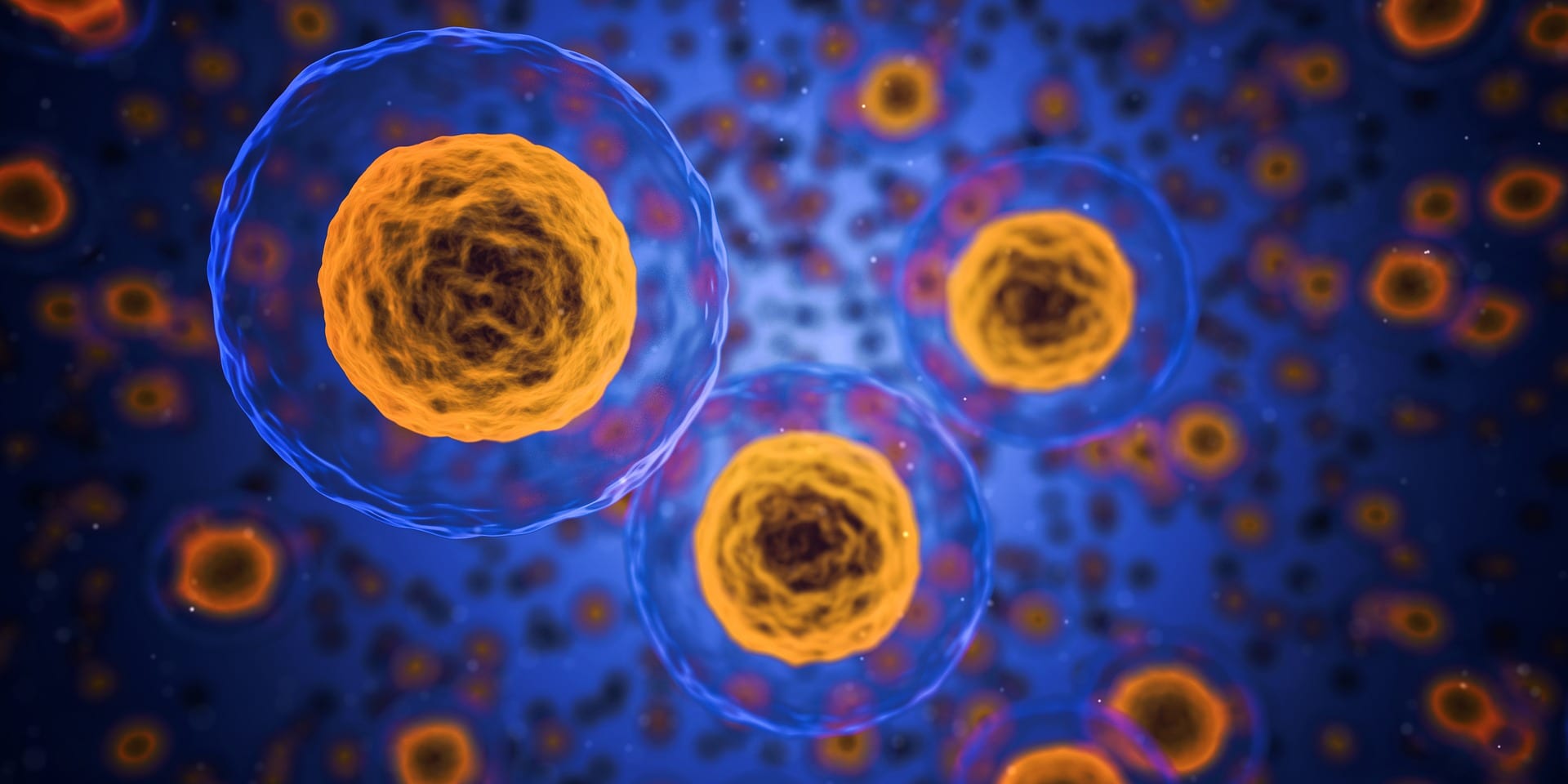 In his recent book ”The Cancer Code: A Revolutionary New Understanding of a Medical Mystery” (2020) [1] doctor Jason Fung has produced an interesting chapter describing the history of chemotherapy. Next follows a summary of Dr. Fung’s text and some additional thoughts made by us. The excellent book by Fung is highly recommended.

Typical cancer drugs are chemotherapic agents (cytostatics), which intend to destroy the malignant cells. Cytostatic agents inhibit cell division and thus cause cell death. Cancer medications can be given to reduce or destroy an existing tumor and to counteract a malignant tumor [2].

Cytostatic agents affect all cells, even the healthy tissue is being hit. However, cancer cells often divide much faster than normal cells, making cancer cells particularly susceptible to chemotherapy. In healthy cells, the effect of the cellular toxins becomes smaller, and healthy cells also recover more quickly from the treatment. Cellular toxins have somewhat less significance in cancer care since new biological drug treatments have been developed. However, cytostatics are still widely used.

Jason Fung begins his journey into the history of chemotherapy by pointing out that it started in 1935. There was a necessity to find a logical solution for a widespread cancer. What about delivering ”chemotherapy,” a systemic, selective toxin, to destroy cancer cells wherever they hid but leave normal cells relatively unscathed? A methodical program was initiated for cancer drug screening involving more than three thousand chemical compounds. Only two made it to clinical trials, and both eventually failed due to excessive toxicity. Finding a selective toxin was no easy task in the 1930-ies and it still isn’t.

A breakthrough came from an unlikely source: the deadly poisonous gases used in World War I. Nitrogen mustard gas, named for its faint peppery smell, was first used in 1917 by Germany. Developed by Fritz Haber, the brilliant chemist and winner of the 1918 Nobel Prize, this deadly gas is absorbed through the skin, blistering and burning the lungs. Victims died slowly, taking up to six weeks to complete the deadly journey.

Interestingly, mustard gas has a peculiar predilection for only destroying certain parts of the bone marrow and the white blood cells. In other words, it is a selective poison. Two doctors at Yale University hypothesized that this selective poison could be used therapeutically to kill the abnormal white blood cells in a cancer known as non-Hodgkin’s lymphoma. After successful animal trials, they tested their theory on a human volunteer, now known only by his initials, J.D. This forty-eight-year-old man suffered from advanced, radiation-resistant lymphoma, with tumors in his jaw and chest so large that he couldn’t swallow or cross his arms. With no other options, he agreed to the secret experimental treatment.

In August 1942, J.D. received the first dose of the mustard gas, then known only as “substance X.” By day four, he began to show signs of improvement. By day ten, the cancer had all but disappeared. The recovery was almost miraculous, but one month later, the lymphoma relapsed, and J.D.’s medical record on December 1, 1942, contained one entry: ”Died.” Nevertheless, it was a great start, proving that the concept could be effective. The treatment known as chemotherapy had just been born, although war restrictions meant that the results were not published until 1946. Derivatives of mustard gas, such as chlorambucil and cyclophosphamide, are still in use today as chemotherapy drugs.

The anti-folates enter the scene

Another form of chemotherapy took advantage of folic acid metabolism. Folic acid is one of the essential B vitamins and is required for new cell production. When the body is deficient in it, new cells cannot be produced, which affects fast-growing cells like cancers. By 1948, Sidney Farber, a pathologist at the Harvard Medical School, pioneered the use of folic acid -blocking drugs in the treatment of certain types of childhood leukemia. The remissions were spectacular, with cancer simply melting away. Alas, it would always come back.

The development of chemotherapy pressed onward. The 1950s witnessed some notable successes against some rare cancers. Dr. Min Chiu Li, a researcher with the National Cancer Institute, reported in 1958 that a regimen of chemotherapies had cured several cases of choriocarcinoma, a tumor of the placenta. Few scientists believed him, and he was asked to leave his position at the NCI when he persisted in using his ”crazy” newfangled treatments. He returned to Memorial Sloan-Kettering Hospital in New York, where his insights into chemotherapy would later be vindicated for choriocarcinoma and also metastatic testicular cancer.

The development of multiple types of chemotherapy drugs allowed more options. If one poison was not enough, why not combine multiple poisons into a chemical cocktail that no cancer cell could withstand? By the mid-1960s, Drs. Emil Freirich and Emil Frei were applying their combination of four drugs to children with leukemia, eventually increasing the remission rate to a then-unheard-of 60 percent. The remission rate for advanced Hodgkin’s disease rocketed from nearly zero to almost 80 percent. By 1970, Hodgkin’s lymphoma was considered a largely curable disease. Things were looking up. Chemotherapy had made the respectability leap from “poison” to “drug treatment.”

Most chemotherapy drugs are selective poisons, preferentially killing fast-growing cells. Because cancer cells are fast growing, they are particularly susceptible to chemotherapy. If you were lucky, you could kill the cancer before you killed the patient. Fast-growing normal cells, like hair follicles and the lining of the stomach and intestines, also sustained collateral damage, leading to the well-known side effects of baldness and nausea/vomiting.

Strange things and a novel finding

In order to maximize the effect of chemotherapy oncologists often recommend the cancer patient to eat unhealthy food devoid of vitamins and antioxidants. This obscure regime is supposedly making cancer cells more vulnerable to the toxic effects of chemotherapy. This advice comes with a dreadful down-slide: Improper nutrition causes massive health problems and decreases the effect of the immune system. Promising results have been obtained by combining chemotherapy with hyperbaric oxygen therapy [3]. Growth of cancer cells is greatly affected by the extra dose of oxygen and thus became easier victims for chemotherapy. Taking care of a good oxygen supply, unfavorable growth conditions can be created for cancer cells [4]. Healthy cells like the extra oxygen and are eventually better off fighting against the toxic effects of chemotherapy. 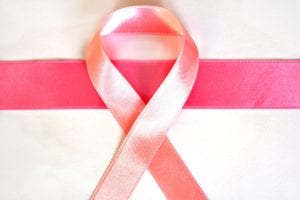 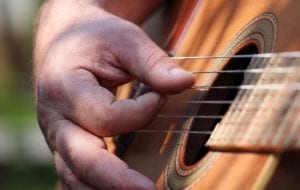 It is familiar to all of us that music is associated with good feelings [1, 2, 3]. Music has been an integral part of our culture of entertainment [4]. When we listen to music, the function of the immune system and nervous system improves [5]. Even cancer pati 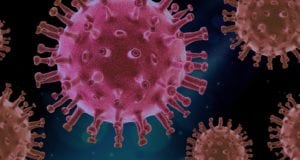 In December 2019, an outbreak of a novel corona virus (COVID-19 or SARS-CoV-2) was reported initially in Wuhan state, Hubei province of China. The virus has since then spread all over the world and WHO has declared a pandemic spread worldwide.   Typically